As part of their MFL lessons, students explored the ‘La Tomatina’ festival which takes place each year in Buñol near Valencia, where thousands of ripe tomatoes are thrown at each other in the streets.

The pupils engaged in role play, tasted tomatoes and made a collage. They tried to describe ‘La Tomatina’ in their own words.

The pupils made puppets when exploring the festival of Las Fallas, a Spanish festival celebrated in Valencia. 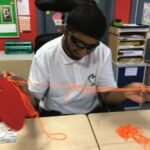 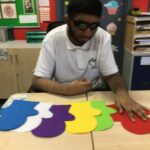 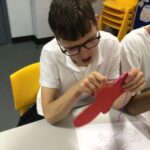 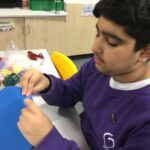